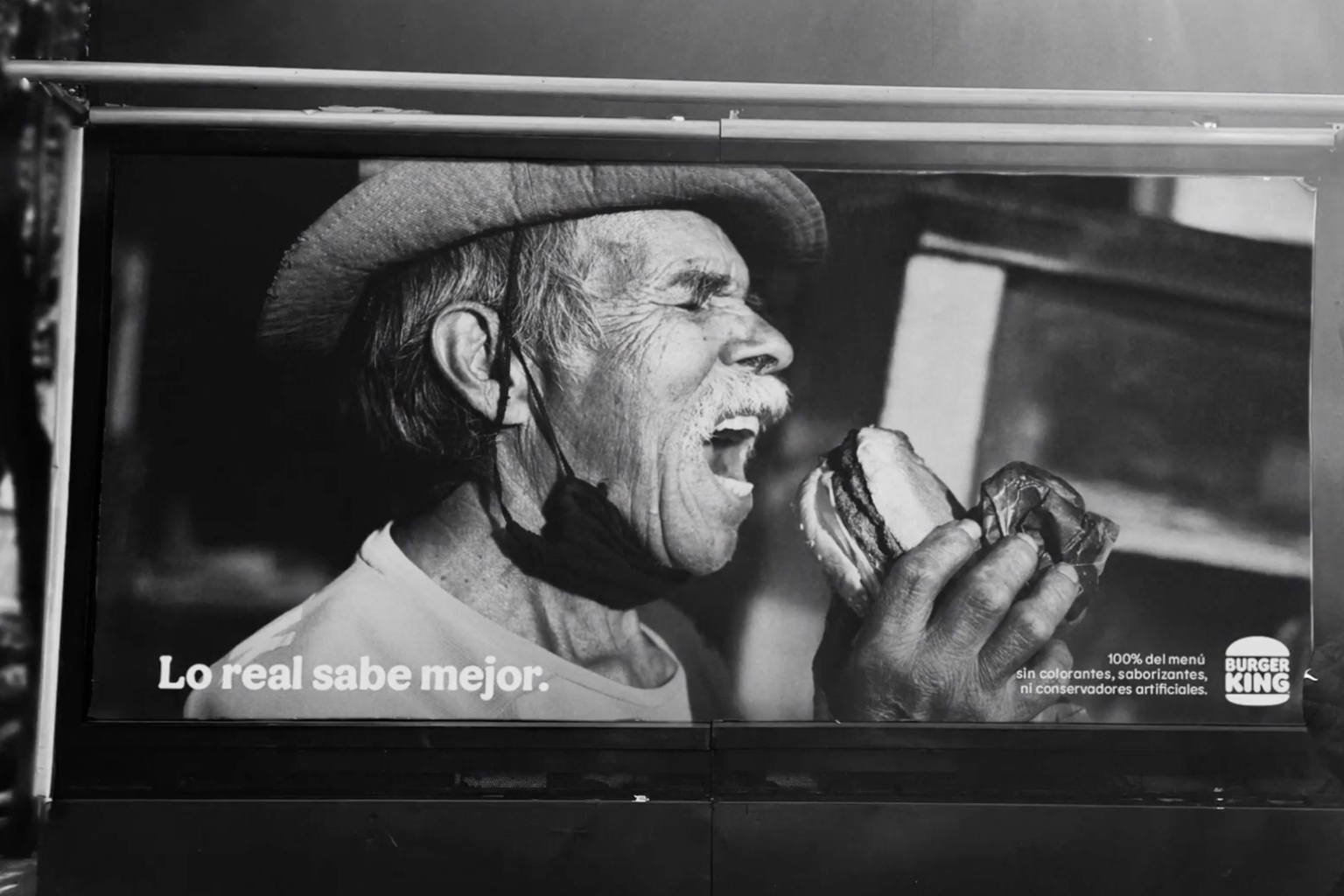 Burger King Mexico has launched an intriguing campaign to signal its commitment to preservative-free fast food. Instead of polished images of burgers and/or models eating said burgers, they instead opted for the gritty, often less glamorous reality of everyday Mexicans enjoying a burger. ‘Real tastes better’. It is interesting that by doing something fairly normal, like picturing working-class people eating a burger, you stand out so much in a world filled with perfectly curated commercial visuals. It is sometimes easy to forget how far from real advertising often is.

And apparently, people agreed as the campaign reportedly led to a 36,7% rise in sales. This campaign comes at a crucial time when younger generations are increasingly opting for authentic visuals over curated perfection. Generation Z seems to be less impressed by slick branding, meant to portray an unrealistic setting that does not match reality. They are looking for messy realness and are willing to embrace a more imperfect and diverse portrayal of life, and this campaign might have just played right into this need.