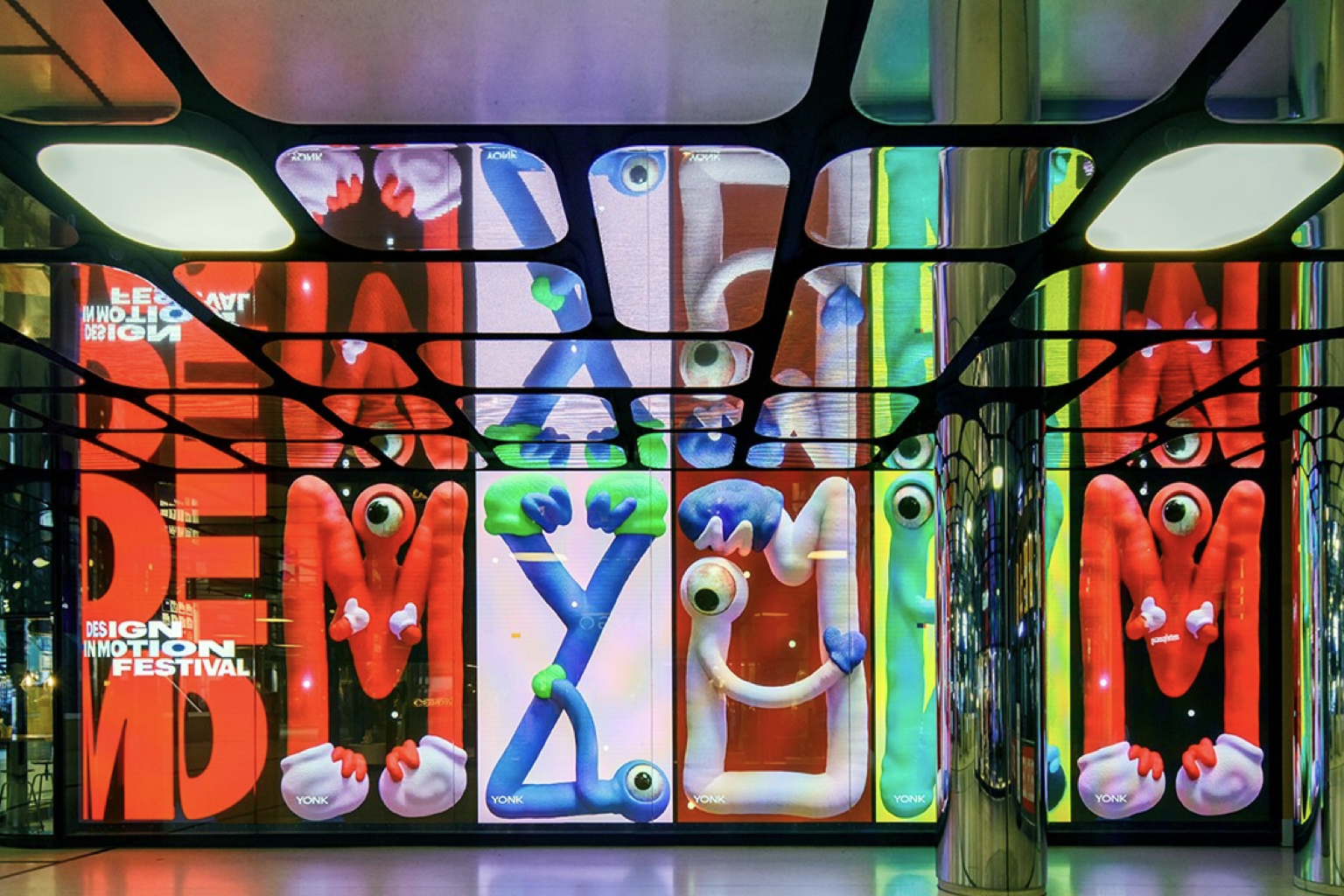 This month the Design in Motion Festival (founded by Studio Dumbar/DEPT® and Global) took place in the Netherlands. For one-day digital artists took over 5000 screens at train stations, metros, shopping centres, airports, or on billboards along major highways and streets across the Netherlands to celebrate motion design.

We are surrounded by advertising everywhere we go, but ads are (by design) created to make us aware of something we supposedly need. Because of this emphasis on our personal or material shortcomings, it comes as no surprise that whenever advertisement spending is increased, it is followed by a decrease in life satisfaction shortly after. As a matter of fact, the results show that a hypothetical doubling of advertisement spending would lead to a 3% decrease in life satisfaction among the population (!). That is roughly half of the life satisfaction effect of someone that has just divorced.

We are so used to ads everywhere around us that we often forget to question how it affects our overall life satisfaction. What would happen if artists were allowed to show their works all year round instead of just once every year?

Don’t forget to check out all the artwork here.