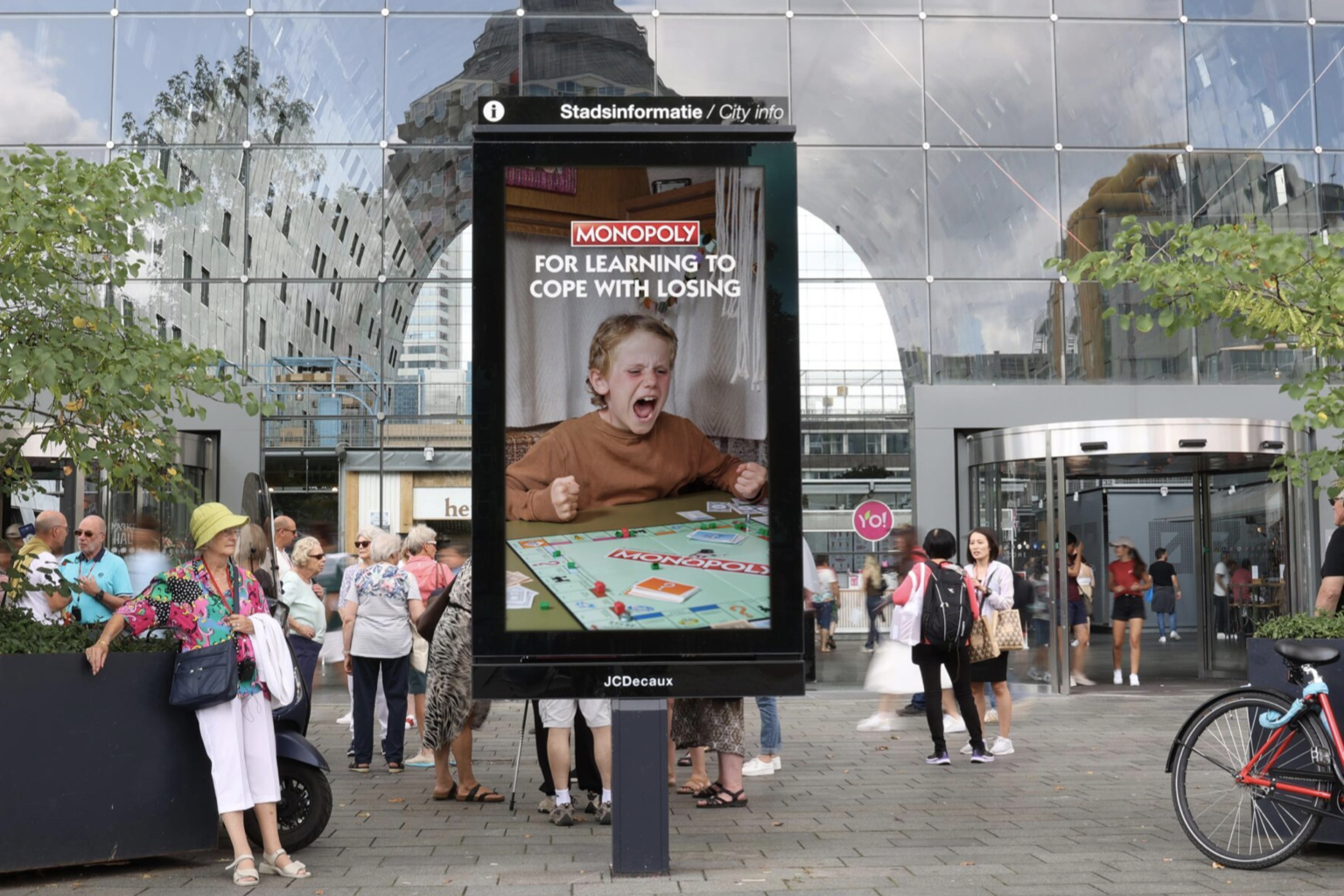 8 out of 10 people fight during a game of Monopoly. And even though this sounds counter-intuitive, it might actually be good news. Not so much the fight in itself of course, but the conversations afterwards are valuable as it often allows people to grow closer together. Studies have shown that fights can make friendships stronger by helping both parties understand one another’s triggers.

A new campaign by Kessel Kramer for the board game Monopoly uses exactly this creative take: a good fight helps kids become more resilient, deal with adversity and helps families bond. The idea is backed up by parenting advisor and psychologist Dr. Krista Okma. According to her; ”fighting teaches children to express their emotions, to set boundaries, to stand up for themselves and to put themselves in other people’s shoes.”

Often brands are hesitant to focus their campaigns around what initially seem to be “negative emotions”. Like anger and frustration. However, from a human perspective, acknowledging and showing that this is what you’ll experience during a board game (speaking out of experience) and emphasizing how you might benefit from that as well is very valuable. Sometimes we need a little argument in order to trigger a good conversation. It supports people to open up and be vulnerable toward each other. This is especially important in polarizing times during which we have a hard time understanding each other.