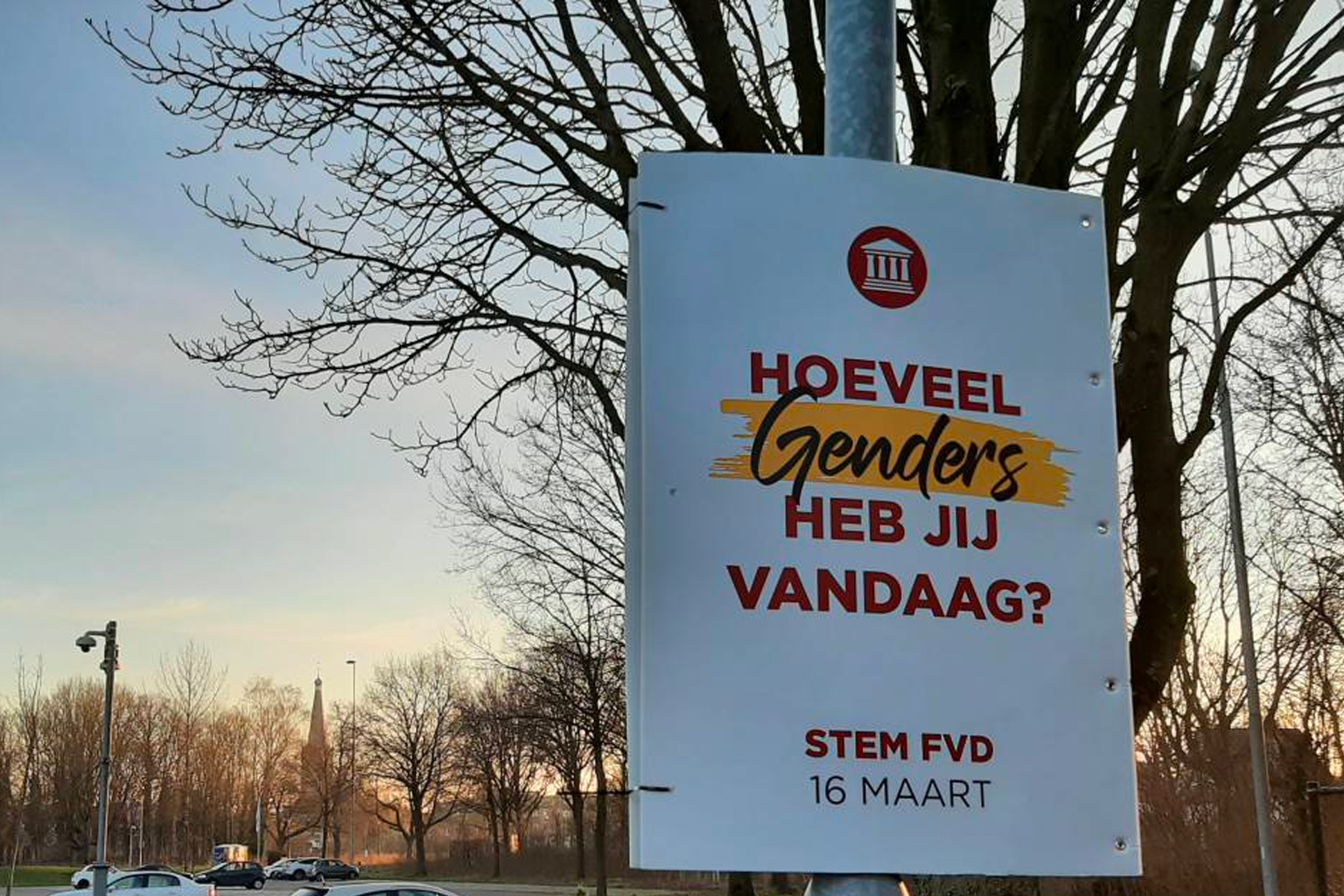 In the recent municipal elections in the Netherlands, we saw some interesting talking points on posters for the Forum voor Democratie (FvD) campaign. The text on this poster translates to “How many genders do you have today”, seemingly mocking people that identify as a different gender. These kinds of messages strongly remind of the American, Republican Fox News-style of political rhetoric. In opposition to the democrats (often called the liberals) and their woke culture, characteristics are often exaggerated and mocked.

In an attempt to copy these arguments, FvD looks to be targeting the same people: a conservative or even contrarian demographic, with the same sentiment: protesting and mocking the progressive direction society is moving towards in the aspects of identity and sexuality. Progression, more liberal gender roles, pluriformity and gender fluidity, on one side of society often leads to resistance among more conservative people on the other side.

Science shows us that people who are generally receptive to these kinds of messages are those with the personality type called Right-wing authoritarianism (RWA), also called ‘authoritarian follower’. This personality type is characterized by being: (1) submissive to whomever they regard as a legitimate authority, (2) aggressive towards outgroups and threats to the social order, (3) and having a strong sense of conventionalism and traditionalism. Manifestations of these three conditions were very visible during the presidency of Donald Trump.

But that might just be the problem for FvD, what works in America might not really translate to other countries. Whereas 26% of Americans qualify as highly right-wing authoritarian, European countries often score far lower on RWA surveys. The percentage of high RWA individuals within the UK, Germany, France, Spain, and Italy ranges from 6-11%. So in light of these figures, perhaps it comes as no surprise that Thierry Baudet, the party leader for FvD, commented after the elections that he had ‘expected a little more’: ‘We are sailing a path that is not followed by everyone’.