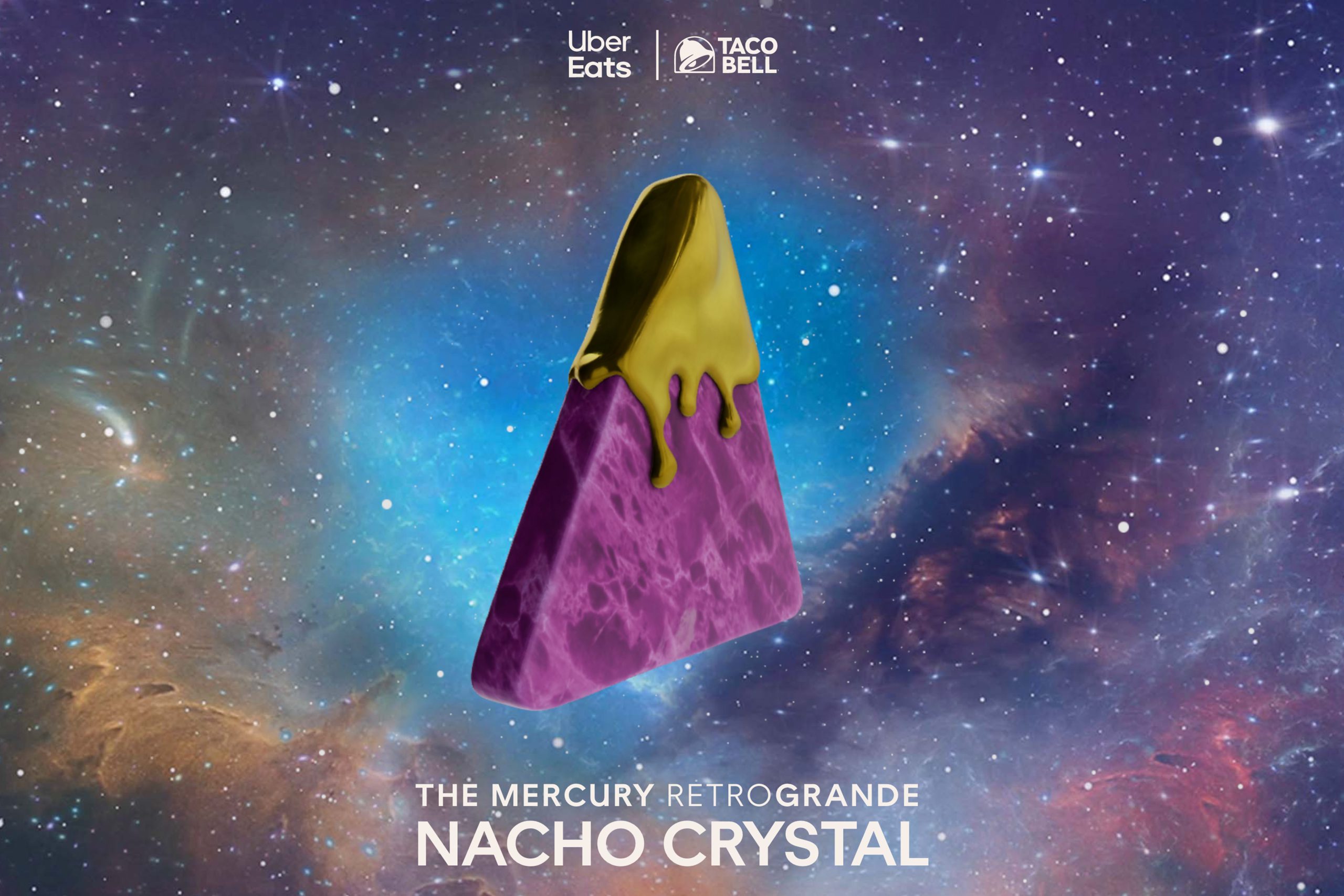 Taco Bell taps into the appeal of changing spirituality

Coming in as seemingly the most random collection of ingredients for a brand promotion: Taco Bell, ex-reality star Spencer Pratt, Uber eats and astrology crystals. The result is a purple crystal with golden ‘cheese’ dripping down onto it. The reason for this special crystal is something called Mercury retrograde, basically meaning Mercury appears to be moving backwards from Earth’s perspective. Translated to astrology, this apparently causes all kinds of communication problems which the crystal should solve, or something to that effect. And it is shaped like a nacho, which, you know, Taco Bell makes.

But this nacho promotion might not be as random as it sounds. A 2018 research into ‘New Age’ beliefs in America found that 62% of Americans believe in at least one kind of New Age belief (like psychics, reincarnation, spiritual energy or astrology). More specifically, a third of younger generations (18-49) year olds believe in astrology. Women tend to believe in astrology more often than men (20% versus 37%).

Taking these statistics into account, Taco Bell is not catering this promotion to a small fringe of superstitious fast food fans, as you might perhaps think. People have been moving away from traditional religion for decades, but this does however not nullify the search for meaning in our lives and the universe. Younger generations are increasingly flocking to spiritual, and often individual, alternatives to religion.

There was even an uptick caused by corona, and the uncertainty that followed. In 2020 on Bol, Netherland’s biggest webshop, astrology book sales increased by 60% compared to 2019. Which isn’t very surprising since the link between uncertainty and people moving to religion has long been established in research.

It would be foolish for brands to think that just because religion is fading, the pursuit of the mystical is disappearing as well. The manifestations change through history. And brands can facilitate this search for spirituality if it fits the service, product or brand itself. Whether that means it takes the form of a purple nacho crystal delivered with your Mexican fastfood… we’re not so sure but we commend Taco Bell for the effort.