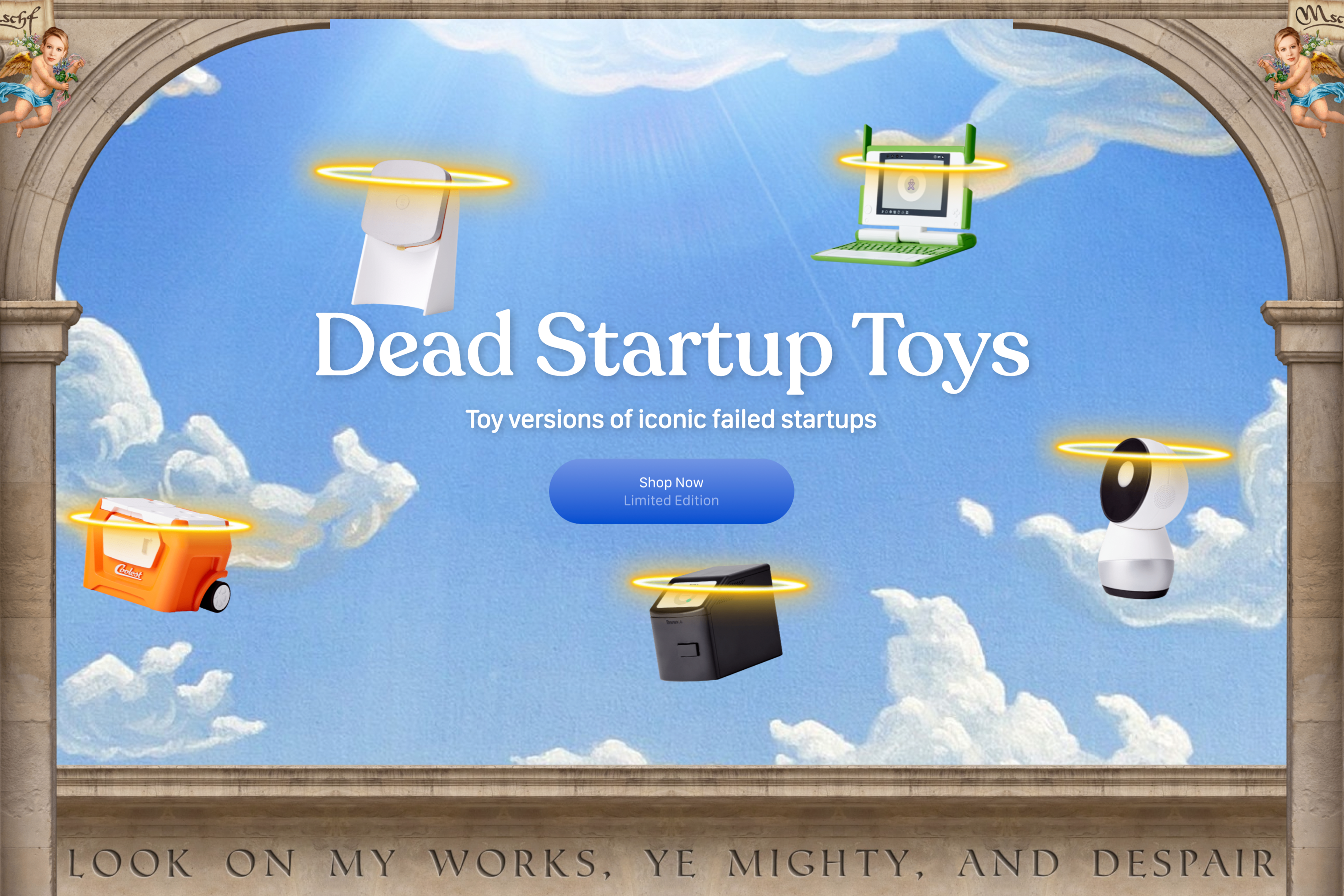 You can now own a toy Juicero, which, just like the real product, doesn’t actually work.
Although the tech world is filled with big successes it has a staggering number of big failures and there is now a website keeping these failures alive. Dead Startup Toys sells limited-edition toy versions of failed startup products, including Juicero, Jibo and the CoolestCooler. These toys are perhaps just as useful – if not more so – than the real products themselves.

Take the Juicero for example. An $800 I.O.T juicer which was apparently “outperformed by literally squeezing the vegetables with your bare hands” according to Dead Startup toys. And perhaps the most iconic one, the CoolestCooler. Dead Startup Toys describes it as “an overspecced combination cooler/speaker/blender that failed to deliver so thoroughly it was investigated as fraud”. Each toy comes with the story of why it failed, how long it was in commission and how much funding it received.

The sad part is that all of these ineffective inventions cost millions to create. Take the useless juicer for example, it received $120 million in funding and it didn’t even make it to it’s second year of production. Though the idea of creating a site shaming these startup products is mildly amusing, it sheds light on the capitalistic nature of society and the abundance of useless ‘things’ people feel we need. We now have our own graveyard of failed products and wasted money. And the irony is, that a startup is now capitalising on other failed startups. What a great time to be alive.