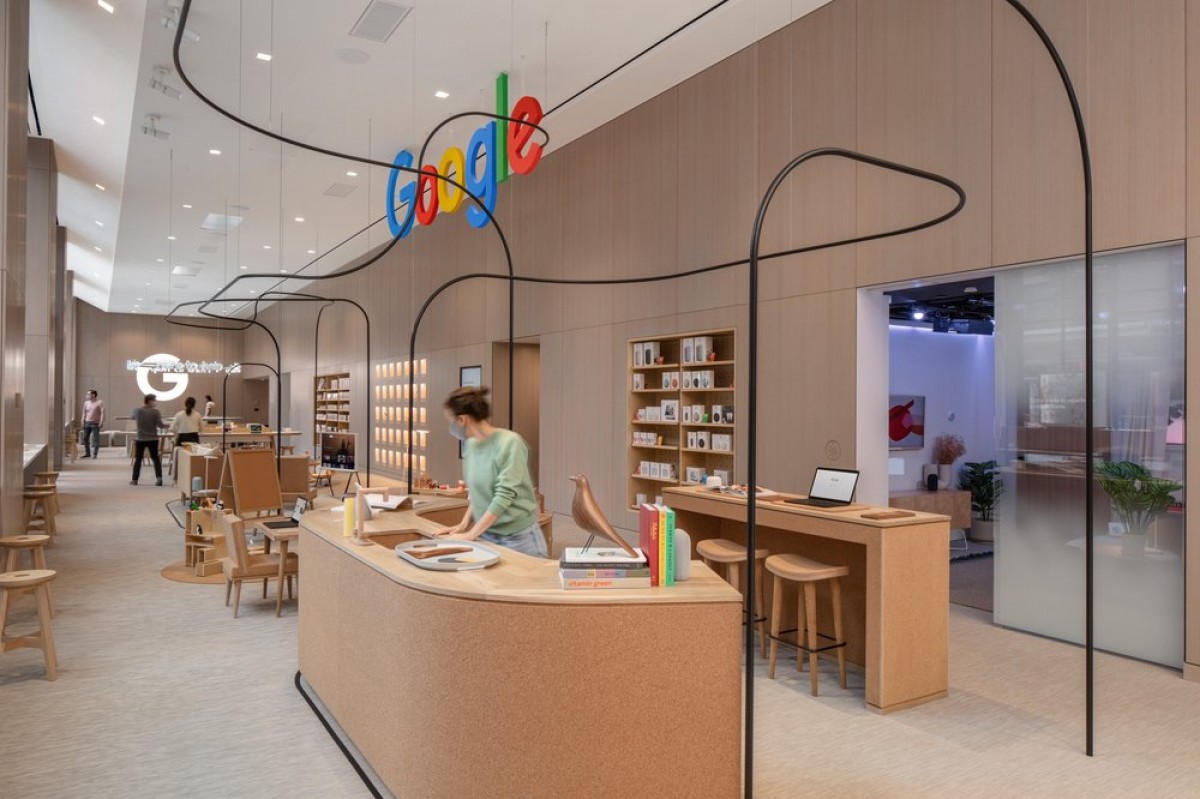 Google is a household name that exists mainly in the online universe… until now! Google recently launched its first brick-and-mortar store. The Google store will primarily feature Google’s hardware products; however, it is so much more than that. It defines the meaning of experiential.

Instead of feeling like a standard retail space, the Google store appears more like an interactive museum. There’s a wall of ‘discovery boxes’ featuring 3D animations of their products, rooms designed to mimic those of a house showcasing Google’s home products, and a glass installation showing off Google technology and software – starting with Google Translate.

It’s a place where people can immerse themselves in the Google universe, surrounded by all things Google. According to Ivy Ross, Google’s VP of hardware design, UX, and research “This space is designed to be a physical expression of what Google stands for,”. So, instead of being a futuristic, clinical-looking space like so many other tech stores (we’re looking at you Apple), the Google Store has a more natural aesthetic in line with their philosophy that “technology must fit into our lives, not stand out.”

Why the Google store works
Advancements in technology have led to so many on-demand services that the consumer experience has become one of convenience. Physical stores tend to lose the battle of convenience against online retailers. As such, numerous retailers have moved their businesses online. The irony is, that Google – the online wizard – has done quite the opposite. The difference is that the Google store has been created as more of a destination.

In order to one-up the online competition, physical stores need to offer consumers something an online platform can’t. Though you can purchase Google products online, where is the fun in that when you can immerse yourself in a whole Google universe. It is these immersive experiences that set physical stores apart from the digital world and add a little more meaning to the consumer journey. So, don’t just sell a product, sell an experience.