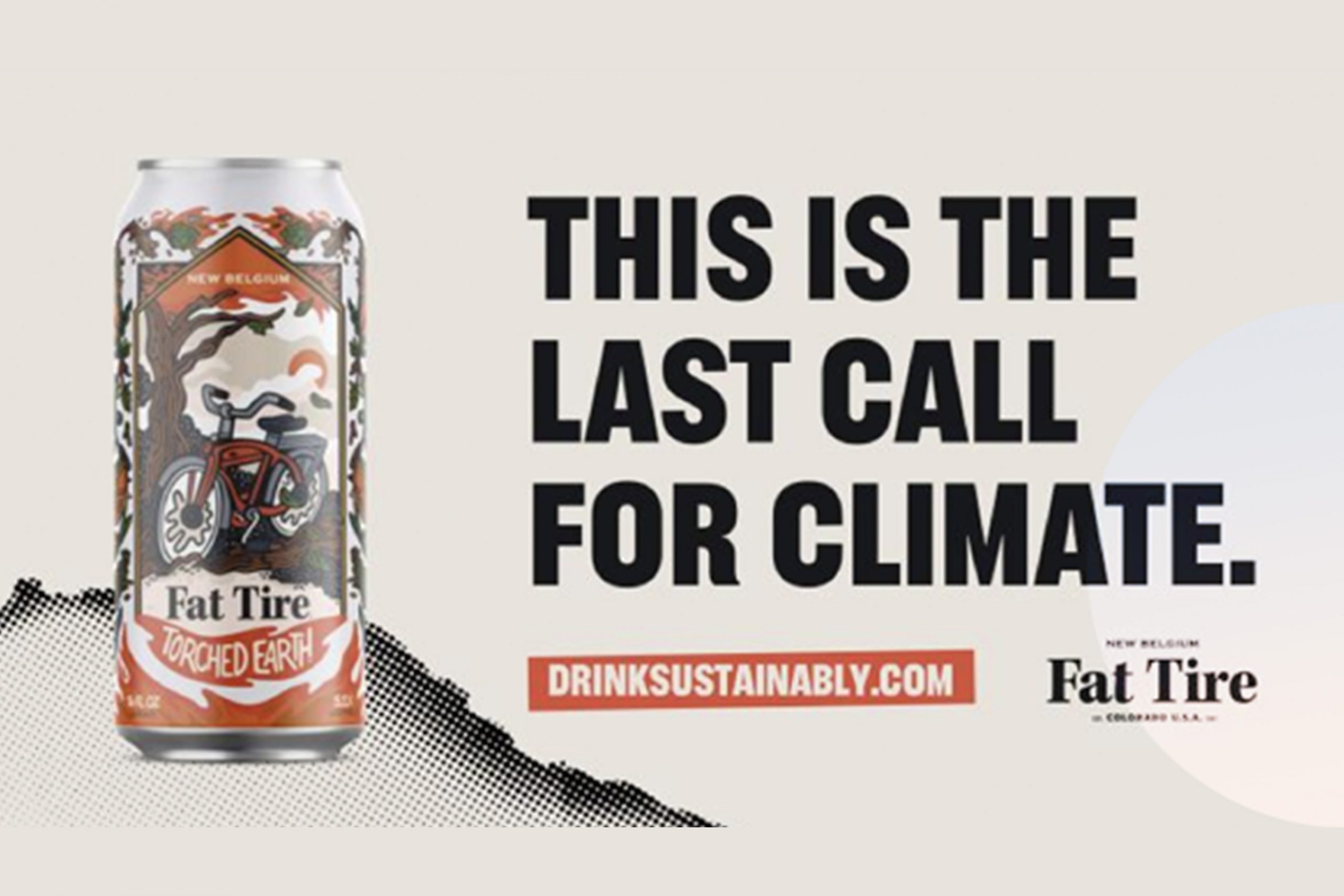 For earth day this year the American brewery gave us a sneak peak into the future of beer if we don’t take action now. “This beer uses the kind of ingredients that would be available in a climate-ravaged future including: smoke-tainted water, drought-resistant grains, shelf-stable extracts and dandelion weeds. While it’s technically beer, it’s not great.”

The ‘torched earth’ beers are actually for sale and all proceeds go to a non-profit dedicated to fight climate change. Additionally they launched a website that lists big companies without a climate plan and urges visitors to tweet these companies to take action.

New Belgium is also the first brewer to launch a certified carbon neutral beer with their Amber Ale last year. All in all this initiative serves as a cool example of a company that launches a smart and creative campaign but at the same time raises money and takes measurable actions to solve the problem. Cheers!